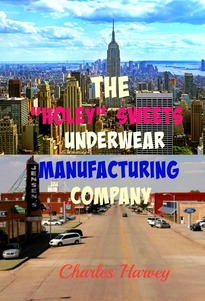 New York attitude clashes with small Texas town values is the best way to describe The Holey Sweets Underwear Manufacturing Company. Holey Sweets run by its notorious lying President Ronald Crump, needs cheap labor and land for its factory to make its new line of sexy male and female lingerie. Edna Glaspey needs a job. However, a conniving president in cahoots with local authorities to rake the town for all its worth, a serial killer on the loose, and its notorious prostitution ring run by the 500 pound bedridden “Blind Pudding causes quite a bit of havoc for Butler's Butt.” Add healthy doses of nearly slave labor and pollution, and poor Edna wonders what kind of mess she’s gotten herself into.

A couple of days later with the wind whipping her hair, Edna found herself gripping the steering wheel of her sky blue Taurus and wondering why a sensible and Christian woman like herself was even thinking about going to see a beast like Blind Pudding. Lord, if people found out that she was resorting to consulting a psychic or prophet, she’d be the talk of Butler’s Butt. Edna checked her rearview mirror. Two big crumpled bags of groceries sat like judgment witnesses—silent and scornful in the back seat of her car. She could just turn around right then and there if it was a place to turn around on FM 777, Edna thought. Even when she saw many cut-off spots in the highway’s median, Edna told herself she was going too fast, it looked dangerous, the car behind her was following too close, or the area was muddy and rocky. “Stop trying to fool yourself, Edna Glaspey. You ain’t wanting to go back home,” a voice in her head scolded. The voice was accompanied by the gospel melody:
I’m too close to heaven
No, I can’t turn I can’t turn around.
I won’t turn around
Edna knew she wasn’t going to no place close to Heaven. People said Blind Pudding smelled like ten dead men and he certainly was as big. She had thought about stopping by Clyde’s to borrow a respirator, but that would have aroused too many questions. She could have lied and said some meat spoiled in her Deep Freeze—after all, a storm had blown through the other night and knocked out half the power in Butler’s Butt. But she wasn’t a liar, or at least not a good one. Edna was thankful for that. Her mother had always said there was a special place in hell for liars and Edna couldn’t imagine eating her own tongue. At the last minute, before she left the house, she decided to drown herself in White Shoulders perfume. “Gird your loins, girl,” she told herself. “Gird your Loins.” Still, she should have brought a mask--a surgical mask or a Halloween mask even. But she thought how ridiculous that would look. “My plump ducky self in a daisy covered dress and a Cinderella face. Wouldn’t be hiding from nobody but myself.”
All of that thinking and daydreaming made her almost hit a bale of hay that had landed smack in the middle of Highway Seven-seventy-seven. After she called the hay everything but the Lamb of God, Edna regained her composure and turned on the radio. She searched for a gospel station, but it was Tuesday morning. The only thing she picked up was farm news and some rap mess out of Dallas. She didn’t allow rap in her house, and she sure wasn’t about to allow it in the close quarters of her car. She turned the radio off and drove as the wind rattled the paper sacks behind her. She thought about Jericho and Sheila.
Available at: 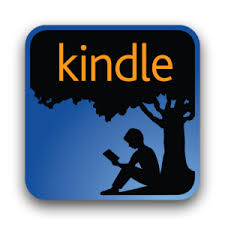